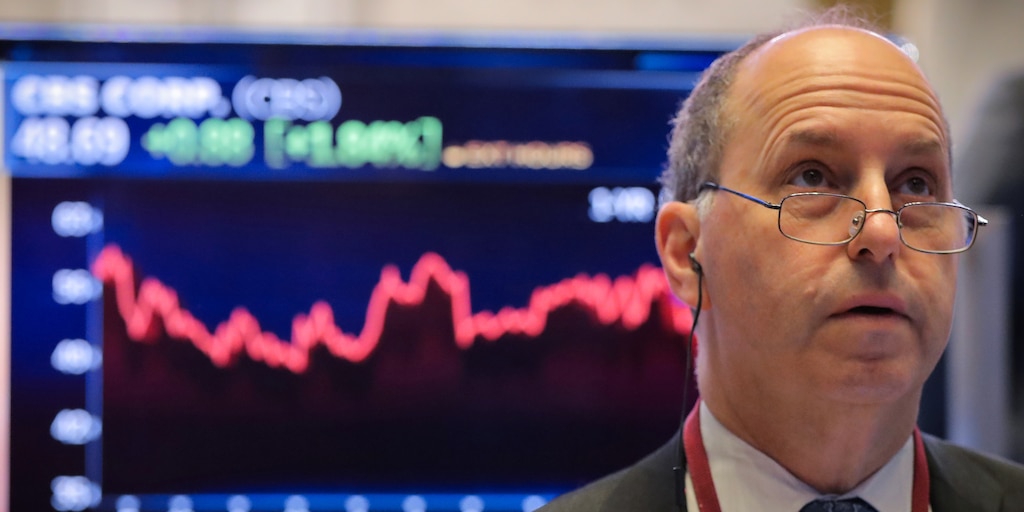 The report showed that US companies lost 20.2 million jobs in April, slightly better than the median economist estimate of a 20.6 million decline in private payrolls. The government’s April jobs report is due Friday.

As the S&P 500 and Dow Jone industrial average were dragged lower, the Nasdaq Composite index climbed amid widespread tech strength. The information technology sector was one of just two in the S&P 500 to post gains on Wednesday.Â Â

Here’s where US indexes stood shortly after the 4 p.m. ET market close on Wednesday:

Read more: GOLDMAN SACHS: Traders are reaping unusually large profits from earnings-related stock trades. Here are 15 picks for the remainder of the season.

All three major US indexes opened higher on Friday amid investor optimism spurred by the US government’s efforts to reopen the economy. President Donald Trump on Tuesday reiterated his hope about reopening while acknowledging that it likely means the coronavirus death toll would worsen.

“Unfortunately we should get comfortable with unprecedented pressure on the labor market despite pockets of the country reopening,” said Mike Loewengart, the managing director of investment strategy at E-trade.

Investors also continued to look at first-quarter earnings to see how companies have fared during the earliest weeks of the coronavirus pandemic.

Read more: A fund manager trouncing 90% of his rivals shared with us 5 trades he’s making to stay ahead – including a big bet on Disney after it was crushed in the pandemic sell-off

General Motors exceeded profit forecasts in its quarterly report, and its shares closed roughly 3% higher. Beyond Meat, the plant-based meat startup, surged as much as 26% Wednesday after better-than-expected sales led to a slew of analyst upgrades.

There were also disappointments – Occidental Petroleum slumped 13% after an earnings miss, while Prudential Financial fell 8% after disappointing results.

Read more: These 22 well-known companies could get acquired as coronavirus batters their businesses, BTIG says